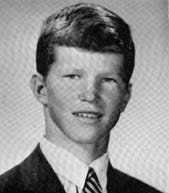 When Mike Fermoyle approached SW golf coach Art Fredrickson in the spring of 1964 and asked to sign up for the golf team as a 5-foot-4-inch, 105-pound sophomore, the coach assumed that this kid was too small to be a sophomore, and that he was really a Junior High kid trying to get a Free Golf Pass under false pretenses. But the issue was resolved when Fermoyle mentioned his name. Fredrickson remembered him name from the hockey season and he relented, and allowed the undersized applicant to join the golf team.

He didn’t actually get to play in competition until the fourth match of the 1965 season. Southwest was 1-2 after three matches when he was inserted into the four-player lineup at No. 2, behind Steve Carow, but the team never lost again in the 18 matches that Fermoyle played. The highlight of his junior season was the Roosevelt match. The other three Southwest players lost 2 down, 3 down and 4 down, but Fermoyle won 10 up, which meant the team won 1 up.As a senior, Mike made the All-City team in hockey, and that spring he played No. 1 for the golf team, which went 11-0 and won the City Conference championship for the first time. In the match that ultimately decided the Minneapolis title, he beat Washburn’s Bill Homeyer, the best player in conference, 2 up.

Mike attended Minnesota and tried out for the golf team as a walk-on. He made the team and had a scholarship by the time he was a junior, but didn’t play a full schedule until he was a senior. That year, the Gophers finished second in the Big Ten and qualified for the NCAA Championships, and Fermoyle had the lowest scoring average on the team. He won his first state golf championship in 1967, the State Jaycee Junior. He won the State Publinx in 1969 and went on to win the Minnesota State Amateur in 1970, 1973, and 1980. In addition, he won four State Four-Ball titles, the last one coming in 2001, with Steve Johnson as his partner. Both were in their 50’s. That made Fermoyle and Johnson the only two Minnesota golfers to have won state championships (not counting senior or junior tournaments) in five different decades.Fermoyle was inducted into the Minnesota Golf Hall of Fame in 2011.

Mike spent most of his working life at the St. Paul Pioneer Press, covering high school sports mainly. He was responsible for putting rankings for volleyball, golf and tennis and honor rolls for gymnastics into the paper for the first time. He and his wife, Mary Stanislav, a retired United Health attorney, live in Mendota Heights, where they babysit anywhere from one to three days a week for their three grandchildren. 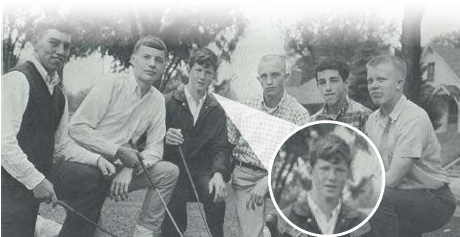 Under the classification of Like Father, Like Son and Daughters, all three of Fermoyle’s children — son Kelly and daughters Rhiannon and Caitlin — participated in NCAA tournaments/ meets during their college years.