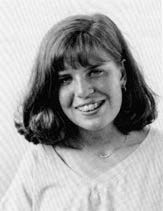 “Anything boys can do, girls can do better! “ This is the motto Marni (Orthey) Lamberty followed throughout her athletic career. That career started at Pershing Park where she played soccer, hockey, t-ball and softball.

Marni played varsity soccer at Southwest, lettering 3 times. Her junior year she tore her ACL and had to have surgery. In spite of the injury, she served as captain of the team, and was chosen team MVP, All-Conference, All-Metro and All-State. In addition, she was a three time letter winner for softball.

Marni also had a very successful career in hockey. Her first hockey experience was playing with the Southwest Hockey Association boys’ squirt team. In 1987, Marni and her parents were instrumental in starting the Minnesota Thoroughbreds, which was an elite team of all-star female high school hockey players throughout the state of Minnesota. They played teams from the East coast and college club programs from Minnesota and Wisconsin. Marni represented her team three times in the state all-star game. 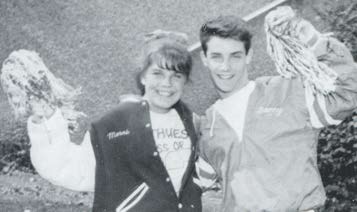 Marni is married to Ryan Lamberty (Southwest Athletic Director) and lives in southwest Minneapolis. They are the proud parents of Eden, 9 and Wilson, 6. The Lamberty family currently resides in the Armatage neighborhood. Marni has been teaching in the Minneapolis Public Schools for 19 years. She is currently a kindergarten teacher at Kenny Elementary School. Marni can be found at the hockey rink or soccer field coaching her children.