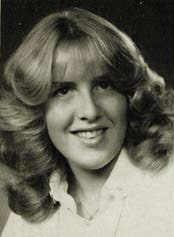 As women’s sports begin to take hold and come on to the map, Southwest had many terrific girls participate. Karyn (Daline) Polland (’83) was an outstanding SW athlete in three sports, earning a combined 12 letters in volleyball, badminton and basketball. She was team captain in each sport her senior year. She was SW’s 1983 Athena Award winner and also a member of the National Honor Society while at SW.

In Volleyball, she was all-city four times, team MVP three times, all-metro top 10 (My Magazine), a Prep All-American Girl Athlete and a recipient of the Billy Jean King Athletic Award.

As a Badminton player, she was named all-city five times and won an individual state championship five times! She never lost a badminton match!

She was also team MVP and all-city her senior year in basketball.

Karyn earned a four-year volleyball scholarship to the University of Minnesota where she continued her athletic and academic excellence. There, she played volleyball for the Gophers for four years and, in 1992, was inducted into the Golden Gopher Athletic Hall of Fame for her volleyball success. She also played volleyball for Athletes in Action in China and Japan as well as with the National Sports Festival.

Karen currently works for the Minneapolis Public Schools as a special ed assistant. She is the Southwest Lakers’ Head Volleyball Coach and has been an assistant, co-head coach or head coach for the Lakers since 2007.

She has lived in South Minneapolis her whole life. She and her husband Ron have been married for 28 years and have three kids – Joshua (25), Rachel (23) and Michelle (20).