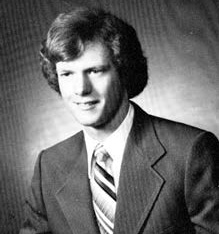 Greg is one of the most accomplished athletes in Southwest history. While he went on to be an All Big Ten and an NFL football player, Greg is also remembered for being a terrific basketball player – he was the first of only three SW boys players to ever score over 1000 points – he scored 1059.

Greg was a four-year starter and earned All-City honors as a Southwest basketball player. He also played varsity baseball at Southwest.

Greg was a three year two-way starter in football. In his senior year (74-75), Greg’s SW football team won both the City and Twin-city championships. Greg was named All-City, All Metro and All State. He accepted a full football scholarship and played four years at the U of M. With the Gophers, he lettered three times, was a Williams Scholar and was named an All Big Ten offensive lineman his senior year. He was also selected to play in both the Blue-Gray and the Senior Bowl college all star games.

Greg met his wife Lynn, who was a diver on the Gopher swim team, at the U of M. They have raised their three kids – twin boys Marc and Brett, and daughter Makenzie in Maple Grove. Marc played football at the University of South Dakota and Makenzie is currently playing basketball at Northern State University. 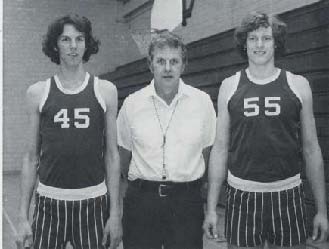 Greg has had a 30 year career with Mon-Ray, Inc. and is currently VP of Sales. He loves spending summers “up north” at the cabin. He also enjoys hunting, shooting sports and competitive retriever training, in addition to watching and coaching youth sports. He and Lynn also spend as much time as possible with their first grandchild.