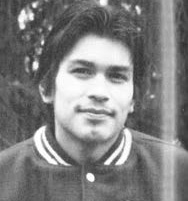 Although he was only at Southwest for his junior and senior years after transferring from St. Paul Central, Forrest left a legacy of accomplishments before leaving for Stanford on an academic-athletic scholarship.

He was an outstanding member of the cross country and track teams at Southwest. In Cross Country, he was chosen Runner of the Year, Most Valuable and served as Captain. He was a Conference and Sectional champion and twice named to the all-state team. As a junior, he placed third in the State meet and improved to second as a senior. In track, he also was Runner of the Year and a captain. He specialized in the 1600 and 3200 meter events where he consistently finished in the top spot. As a senior, he was named Southwest Male Athlete of the Year.

At Stanford, he lettered in both cross country and track. Redshirted the 2003 Cross Country season, he competed for Team USA at the IAAF World Junior Cross Country Championships in Brussels. In track, his redshirt spring season found him finishing 4th in the 10,000 meters at the US Junior National Championships. HE continued to be a valuable team member and successful finisher in the 5000 meters posting a personal best of 14:10 and in the 10,000 meters posting a personal best of 29:35. In both sports, he was an All PAC-10 Academic team selection. 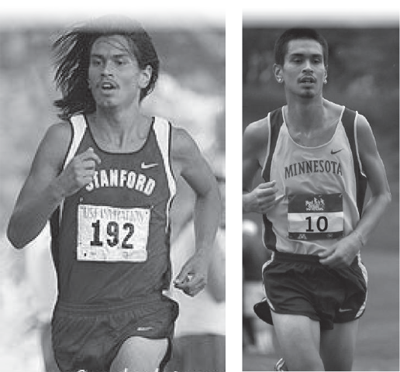 After graduating with honors at Stanford, Forrest was accepted into the University of Minnesota Law School. Since he had one year of NCAA eligibility remaining, he was a welcome addition to the U of M’s cross country and track teams. Continuing his combination of academic and athletic excellence, he was selected as to the All Big- 10 Academic team and named an Academic All American.

Forrest is currently practicing law in the Minneapolis area.