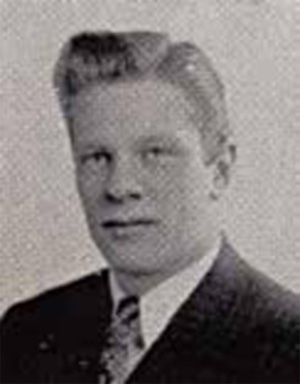 In the late 1930's and for most of the 1940's, Minneapolis high schools dominated the Minnesota State High School track and field meets. During that era a Minneapolis school team won the State Boys Track meet for 12 consecutive years. In the years of 1943 and 1944 an athlete dominated one event, the 120 yard high hurdles at the State track meet, winning two consecutive state titles. That athlete was Peter Aurness. Peter's hurdles win led Southwest to a second place finish in the 1943 State track meet. 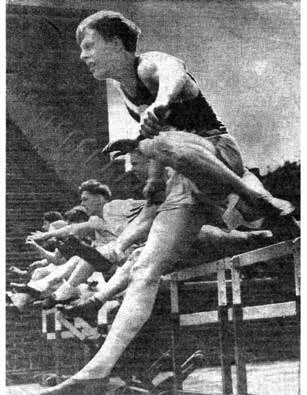 Peter was a multitalented young man in the early days of Southwest High. He lettered in track and field plus was the captain his senior year. As a portent to his future career, Peter also was a member of the Radio Club and Speech Club. He also was voted " Most Talented " in his class and "Best Figure " by his classmates. Peter also was a musician, first playing the tuba but later the clarinet. At age 16 he got his first taste of being on-air, as a radio announcer for WMIN in Minneapolis. After two years in the United States Air Force, he attended the University of Minnesota, where he studied drama. At the U of M he also met his soon to be bride, Joan Endress, whose father wouldn't let her get married until Peter had a job. That job was to be an actor, as he followed his older brother James Arness of Gunsmoke fame to Hollywood. When Peter signed his first movie contract he made his stage name Peter Graves, and success followed.

Peter was married to Joan for almost 60 years prior to passing away in March, 2010. He is probably best known for his role as Jim Phelps, leader of the special agents who battled evil each week on televisions Mission Impossible. He also had a spectacular acting career that spanned almost six decades and included movies like Stalag 17, Airplane, Fort Yuma, Men in Black II. Additional television credentials include Fury, Whiplash and many other made for TV movies. Peter left behind his lovely wife Joan and three daughters who all reside in California.

For Peter, the high hurdles and success at Southwest High School was definitely Mission Possible.